Quechua for beginners is a unique course taught through a combination of online and in-country experiential learning with experienced Quechuan instructors in Cuzco, Peru.

This course offers three weeks of online study and three weeks abroad. The online course is open to all applicants. The in-person J-term is open to college undergraduates who have completed the online term or who provide proof of completion (or the equivalent) of at least one semester of language study.

Quechua is the linguistic identity of Runa Simi (language of people) and is spoken by 10 million people throughout the Andes. It is the most widely spoken language in the Andes after Spanish, but Quechua is not just a language. It is a linguistic family that varies from one region to another, from Argentina to Colombia. Scholars of this language consider Quechua the only language in the world that is neither individualistic nor egocentric in its ideology and philosophy, but encompasses the other, the collective. It is believed that this aspect of Quechua is what has sparked worldwide interest in studying this native language. In this course, you’ll join a growing number of students and scholars taking classes in Quechua, the ancient language of the Incas.

You will have the opportunity to study Quechua online and in person in the city of Cuzco, the cradle of Quechua culture and language in Peru. This course will provide you the opportunity to gain a deep understanding of the language and culture, as well as the Andean indigenous peoples’ way of seeing the world.

In Peru, you will experience an excursion through the Sacred Valley of the Incas; explore archeological sites such as Ollantayambo; meet members of an indigenous community working with traditional textiles; and visit Machu Picchu. You will also live with an indigenous Quechua homestay family during a short excursion to Taquile Island in Puno, Peru. During this three-week online course, students will complete three credits of Quechua (QUEC1003). Online instruction will include 45 hours of direct online learning including an orientation to the program, activities to get to know one another, and an introduction to Quechuan language and culture. You will develop understanding and interpretation of Quechua oral history. You will be assigned readings and assignments for completion outside of the classroom.

During this three-week in-country course available accepted SIT students, you will complete three credits of Quechua (QUEC1003 or QUEC1503), developing your speaking, reading, and writing skills through 45 hours of classroom and field instruction. You will have the opportunity to practice terms and local expressions in the cultural and social environment of the Peruvian Andes. Various teaching strategies will include role plays, dramatizations, and songs. You will be assigned readings and assignments for completion outside the classroom. You will also experience an excursion through the Sacred Valley of the Incas and Machu Picchu, and you will have the opportunity to live and learn with an indigenous Quechua family on Taquile Island. 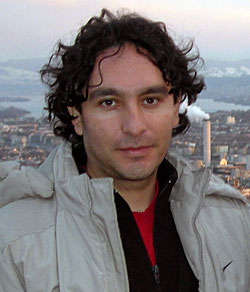