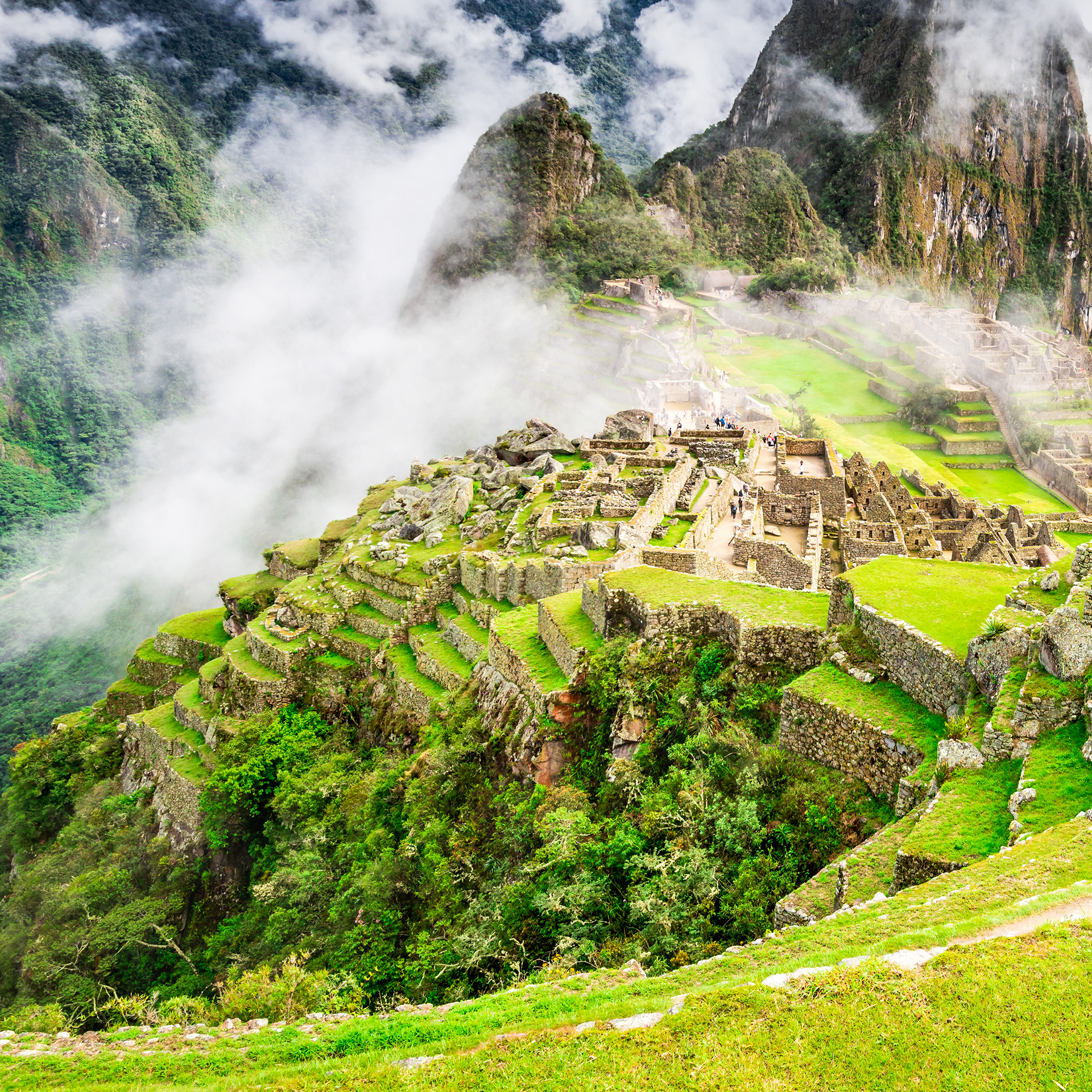 Alberto Chirif
Alberto is a Peruvian anthropologist from the Universidad Nacional Mayor de San Marcos in Lima. For the past 40 years, his professional practice has focused on the collective rights of indigenous peoples. He works as an independent consultant and has written many specialized articles and books, including Atlas de Comunidades Nativas, El Indígena y Su Territorio, and Marcando Territorio: Progresos y Limitaciones de la Titulación de Territorios Indígenas en la Amazonía.

Luis Nieto Degregori
Luis Nieto holds a degree in philology from the University Patricio Lumumba in Moscow and was a professor at the National University of San Cristóbal de Huamanga throughout periods of political violence in Peru. He is one of the most important contemporary writers in Peru. He has written several novels and short stories, many of them about political violence, as well as historic and urban novels like Señores de Estos Reynos, Cuzco Después del Amor, and Asesinato en la Gran Ciudad del Cuzco, among many others. He is also a renowned researcher and independent consultant. He is coordinator of the dissemination unit of the indigenous nongovernmental organization Guaman Poma de Ayala and the editor of the journal Crónicas Urbanas.

Thomas Moore, PhD
Thomas is a US-born anthropologist who earned his PhD at the New School for Social Research in New York. He conducted ethnological field research among the Harakbut in southeastern Peru from 1973–75 and has since maintained a relationship with them and other indigenous peoples of the region. He is co-founder, first president, and executive director of Centro Eori de Investigación y Promoción Regional, a Puerto Maldonado NGO, and has been advisor to indigenous organizations in Peru, Bolivia, Brazil, Ecuador, and Colombia. He has taught anthropology in the United States and Peru, and has managed development programs for USAID and the United Nations Development Programme.

Daniel Rodriguez, PhD Candidate
Daniel is a PhD candidate at Kent University, UK, and an anthropologist involved in issues relating to indigenous rights in the Madre de Dios river basin in southeastern Peru, with a special focus on voluntarily isolated indigenous peoples. Most of his work has been developed within indigenous organizations, in particular advising the Federación Nativa de Madre de Dios on the impacts of gold mining and oil and gas concessions and the potential effects of mining on voluntarily isolated indigenous peoples. He has worked with the Ese Eja people in Peru and Bolivia and People and Plants International’s Cultural Landscapes and Resource Rights Program since 2005.

Richard Chase Smith, PhD
Richard is executive director of the Instituto del Bien Común in Lima. He earned a doctorate in anthropology from Cornell University and has held positions as postdoctoral fellow at Harvard University, visiting senior scientist at Woods Hole Research Center in Massachusetts, and professor at the National Agrarian University in Lima. He has lived and worked in Peru and other Amazonian-Andean countries for the past 40 years. His primary focus has been the invisibility of indigenous peoples, with a concentration on political organization for land rights for indigenous peoples. He has also been the director of Oxfam America’s South America program for 15 years.

Lucy Ann Trapnell, MA
Lucy Ann is an anthropologist and professor at the Pontificia Universidad Católica del Perú with a master’s degree in education from Bath University, UK. She is co-founder of the Programa de Formación de Maestros Bilingües de la Amazonia Peruana, a training program for bilingual Peruvian Amazonian teachers used by the indigenous confederation AIDESEP. During the past 25 years she has been involved in teacher training programs with Amazonian indigenous peoples, developed many studies, and published articles on intercultural bilingual education.

Antonio Zapata Velasco, PhD
Antonio Zapata Velasco earned his PhD in history with a specialization in Latin America at Columbia University in New York. He is well known for his research on Peruvian history and sociopolitical issues. He has been a professor at the Universidad Nacional Mayor de San Marcos and currently is a professor at the Pontificia Universidad Católica del Perú. He is also a columnist and political analyst for one of the most important newspapers in Peru, La República. He is an associated researcher at the Instituto de Estudios Peruanos (IEP) and was formerly director and presenter of the television history program Sucedió en el Perú.

Regina Tupacyupanqui Arredondo, Quechua Language Instructor
Born in Cuzco, Peru, Regina has a master’s degree in Educational Evaluation and Accreditation from the Pedro Ruiz Gallo National University and a second specialty from the San Antonio Abad National University of Cusco. She currently teaches at the Glorious National College of Sciences School and in parallel dedicates herself to the teaching of the Quechua language in various institutions for both local and international students. Her desire is to share the Quechua language as a tool for communication and the exchange of traditions, customs and experiences of the Peruvian Andes.

Jossie Coacalla Juares, Quechua Language Instructor
Jossie was born in Cuzco and grew up with her grandmother speaking Quechua so she has appreciated it from a very young age. After obtaining a degree in Education from the San Antonio Abad National University of Cusco, Jossie dedicated herself to teaching Spanish, in particular as a second language because she loves getting to know students from all parts of the world and effectively traveling through them. This in turn has driven her to teach Quechua so that people around the world can share her knowledge of this historically and culturally important language.