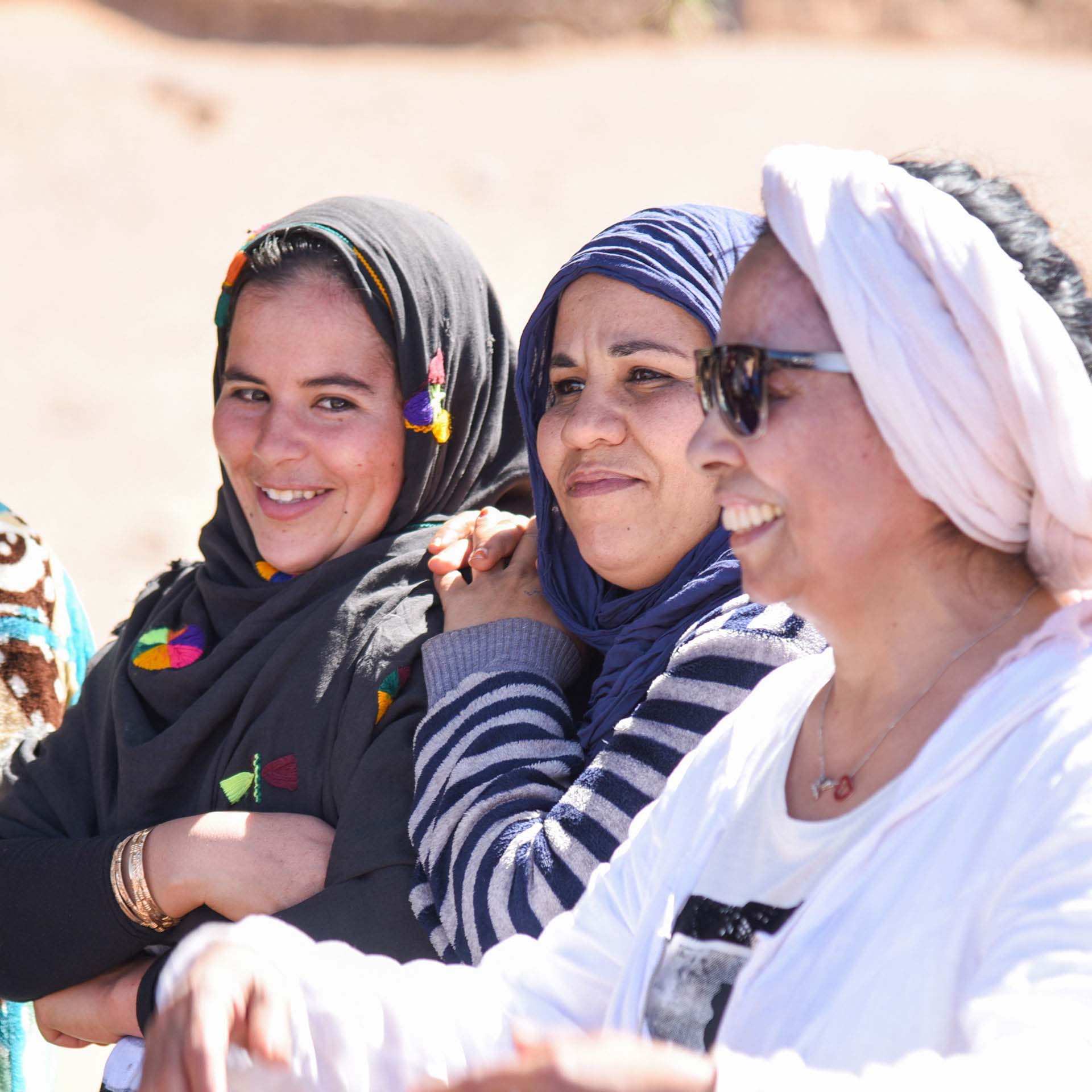 Alpha Camara, MA
Alpaha Camara is one of the most important human rights activists in the domain of sub-Saharan migration in Morocco. He is  the  treasurer of the Sub-Saharan Communities Platform (ASCOMS) and the General Secretary of ALECMA ( Association Light on Migration in Morocco). He is also a founding member of ADESGUIM (Association for the Development and Sensitization of Guinean Migrants in Morocco).

Mohammed Hassar, MD
Professor Mohammed Hassar, an internist and clinical pharmacologist, is an emeritus professor at the Rabat School of Medicine and Pharmacy, Morocco. He also served as director of the Institut National d’Hygiène, Rabat from 1989 to 1993 and director of the Institut Pasteur du Maroc (IPM), Casablanca from 2001 to 2010. During his tenures, he started and developed several activities, including an anti-pioson and pharmacovigilance center (now a WHO collaborating and training center for Arabic and French speaking countries); genetic units; a food, water, and environment safety center, as well as the first and only Biosafety Level-3 laboratory of the Moroccan Ministry of Health.

Stephanie Willman Bordat is a Founding Partner at MRA Mobilising for Rights Associates.  She has lived in Morocco for more than 20 years, where, as an international human rights lawyer and NGO activist, she works with NGOs, local development associations, and lawyers throughout the Maghreb (Morocco, Algeria, Tunisia and Libya) to promote women’s human and legal rights.

Her work involves developing, organizing and facilitating training workshops on women’s rights, as well as writing practical guides and other tools and resources for local NGOs. She writes action research reports and shadow reports to United Nations mechanisms, and conducts hands-on learning and advocacy missions to international bodies.  She conducts needs assessments, and co-manages our fundraising, reporting to the funder, and media relations.

Stephanie is also a consultant to international actors (see our Consulting section), and writer of academic and opinion articles on women’s rights issues.   Since 2015 she has served in several capacities for the Everywoman Campaign for a Global Treaty to end violence against women, notably on the Governing Bodies Expert Committee for Treaty Content, the Core Platform Drafting Committee, and the Global Working Group.  She is a Professor for university study abroad programs, and gives classes and lectures for students of all levels in the English and French systems.

Stephanie has previously lived and worked on violence against women and family law issues with women’s rights NGOs in France, Spain, England, the Netherlands, Pakistan, India, Egypt, Yemen and Afghanistan.  In the United States she worked as a sex worker outreach volunteer, sexual assault crisis counsellor in a hospital, and appellate court law clerk.

She was a Fulbright Fellow at the Mohammed V University Law School in Rabat, has a J.D. with honors from Columbia University Law School, a Maîtrise en droit with honors from the Paris I-Sorbonne law school, and an undergraduate degree with honors in Sociology/Anthropology and Women’s Studies from Swarthmore College.  She also completed university studies at the University of Grenoble, France and the Instituto Internacional in Madrid, Spain.  She speaks English, French, the Moroccan dialect of Arabic, and Spanish. Contact her at stephw@mrawomen.ma

Mourad Mkinsi, PhD
Mourad Mkinsi is a lecturer in literary and cultural studies at Ibn Tofail University in Kenitra. He also lectures at the Faculty of Governance and Economics in Rabat. He is the current coordinator of the Etudes Pluridisciplinaires research lab affiliated with Ibn Tofail University and a member of the Gender Studies research group. His academic interests include cultural studies, gender and politics, civil society, and social movements, and he has published several articles on these issues.

Youssouf Amine Elalamy
Youssouf is an important and widely acclaimed Moroccan writer. He received the award for best travel account from the British Council International for his book Un Marocain à New York, and the Grand Prix Atlas 2001 for his novel Les Clandestins. His novels have been translated into Arabic, English, Spanish, German, Greek, and Dutch. His collection of short stories, Gossip (2004), is the first book entirely written in Darija (Moroccan Arabic). He is a founding member and former president of PEN Morocco and an artist with several exhibitions to his credit in Morocco and abroad. He is also a professor in the English department at Ibn-Tofail University.