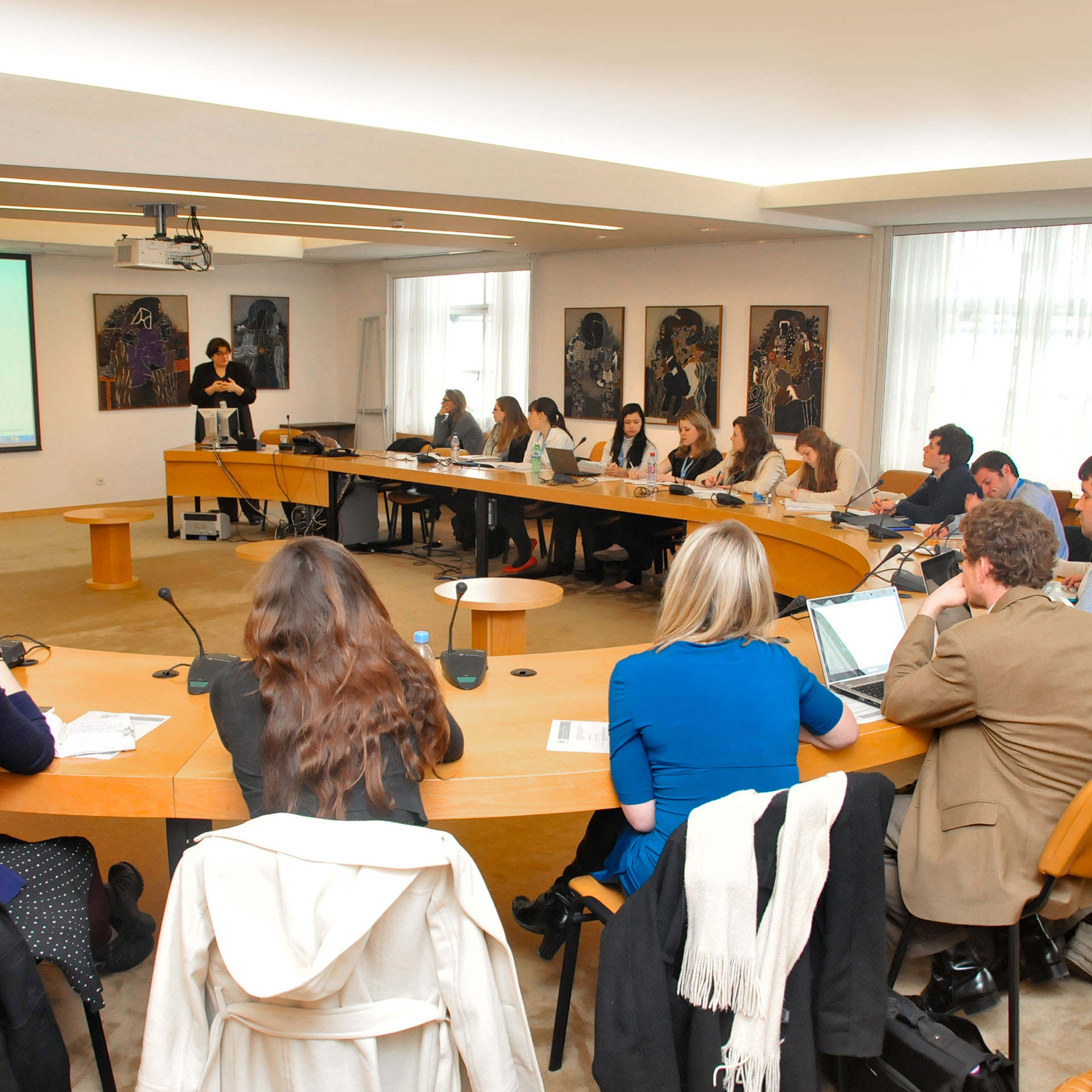 Mohammad-Mahmoud Ould Mohamedou, PhD
Mohammad-Mahmoud is professor at the Graduate Institute of International and Development Studies, and visiting professor at Sciences Po, Paris. He was associate director of the Harvard University Program on Humanitarian Policy and Conflict Research, foreign minister of Mauritania, director of research of the International Council on Human Rights Policy, and research associate at the Ralph Bunche Institute. His works include Understanding Al Qaeda: The Transformation of War, among others. He is completing a book on neo-authoritarian incursions in the civilian world and novel forms of globalization. He researches transnational terrorism, political violence, the transformation of warfare, transitions to democracy, and Middle Eastern and North African sociopolitical developments and conflicts. He is a frequent lecturer and has contributed to The New York Times, The International Herald Tribune, The Boston Globe, Le Monde, Le Monde Diplomatique, BBC World News, Al Jazeera, Voice of America, Radio France International, and others.

Marc Finaud
Marc is a former French diplomat, seconded to the Geneva Centre for Security Policy from 2004 to 2013. He is senior program advisor for Emerging Security Challenges. Marc holds a master’s in international law from the University of Aix-en-Provence, France, and is a graduate of the Paris Institute of Political Studies. With the French Ministry of Foreign Affairs, he held many roles, working in Leningrad, Warsaw, and Paris. He worked repeatedly with the French delegation to the Conference on Security and Cooperation in Europe and as a member of the delegation to the First Committee of the General Assembly of the United Nations. From 1993 to 1996, he headed the Information Department of the Foreign Ministry in Paris. In 1996, he was deputy head of mission at the French Embassy in Israel. He was consul general for France in Australia. He has published widely. From 2013 to 2015, he was senior resident fellow at the United Nations Institute for Disarmament Research.

Alexandre Vautravers, PhD
Alexandre holds a PhD in contemporary history from the University of Lyon and a PhD in social and economic sciences from the University of Geneva. He teaches and manages the MA in International Security program at the University of Geneva’s Global Studies Institute. He is also the security and strategic issues advisor for Geneva’s Department of Security and Economy. His specialties include refugee studies, international economics, history and political science, human rights, and international nongovernmental organizations. He’s written on international relations, conflict studies and conflict resolution, strategy and military doctrines, humanitarian action, technology, and the politics of international economic relations. He is a lieutenant-colonel in the Swiss Armed Forces and commander of the 17th Tank Battalion. He is also editor-in-chief of the journal Revue Militaire Suisse.

Vicente Paolo B. Yu III, llm
Vicente is deputy executive director of the South Center and coordinator of its Global Governance for Development Programme. He oversees policy research and analysis and provision of technical and legal advice on global political, economic, social, and environmental issues. He holds undergraduate and law degrees from the University of the Philippines and a master of laws (international trade and environmental law) from Georgetown University, where he was a Fulbright Scholar. He was a World Trade Organization program officer for Friends of the Earth International and staff attorney and head of research and policy at the Legal Rights and Natural Resources Center in the Philippines. He taught at the University of the Philippines and the University of Tulsa. He has published on trade and the environment, sustainable development, environmental policy, and indigenous people’s rights.

Shigehisa Kasahara, MA
Shigehisa, a Japanese national, is a PhD researcher at the International Institute of Social Studies in The Hague. He holds a BA in economics and political science (1978) from Grand Valley State University, Michigan; an MA in international affairs (1981) from American University, Washington, DC; and an MA (ABD) in economics (1986) from the New School for Social Research in New York. From 1986 to 2013, he was on staff for the United Nations Conference on Trade and Development secretariat, where he researched for the organization’s flagship publications. He has maintained close working relations with the UN as a consultant for the Office of the Secretary-General and has been chief of the director’s office for the Division of Africa, Least Developed Countries, and Other Programmes. He has lectured to student groups visiting the UN and at many other locations. He has advised students working on research projects.

Suddha Chakravartti, DIR
Suddha lectures on international relations and law and is dissertations coordinator at EU Business School and visiting faculty at the Geneva School of Diplomacy and International Relations. An Indian citizen, he holds a BA and LLB (Hons) degree from the National Academy of Legal Studies and Research at the University of Law, India, and a Master of International Relations (MIR) and Doctor of International Relations (DIR), specializing in energy poverty in India, from the Geneva School of Diplomacy. He consults, researches, and teaches global governance, geopolitics/geoeconomics, the rise of new powers, resource security issues, risk assessment, international development, and poverty reduction. Suddha has been a researcher for the Commonwealth Secretariat project in Geneva and at CUTS, Geneva Resource Centre.

Jubin Goodarzi, PhD
Jubin is associate professor and deputy head of the International Relations Department at Webster University, Geneva. He holds a BA in international studies from American University, an MA in Arab studies from Georgetown University, and a doctorate in international relations from the London School of Economics. Between 1996 and 2007, he consulted on Middle Eastern affairs for the United Nations High Commissioner for Refugees. He has worked with organizations including the Center for Strategic and International Studies in Washington, DC; the Royal Institute of International Affairs (Chatham House) in London; and the Ford Foundation in New York. He authored Syria and Iran: Diplomatic Alliance and Power Politics in the Middle East and many articles and reviews.